Over history, this traditional garment went through design changes, becoming today tulip-shaped trousers. Originally designed only for men, these baggy trousers are now trending in women’s clothes, especially in Yoga practice or just as fashionable wear.

A brief Harem Pants History Around the World

The first harem pants date back nearly 2000 years. Men in Eastern culture wore trousers as a traditional garment under the name of Dhoti.

Harem pants were traditionally thought to have been introduced into India by Arab invaders who ruled over North Africa and the southern Mediterranean coast during the Middle Ages. 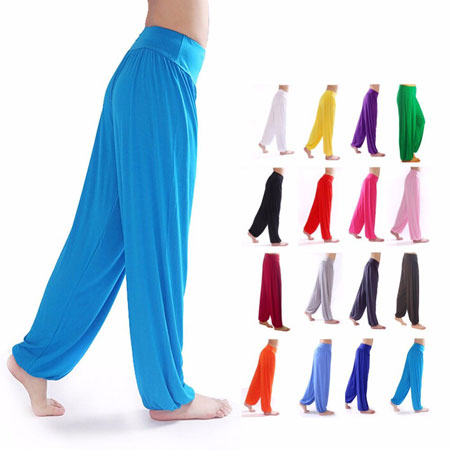 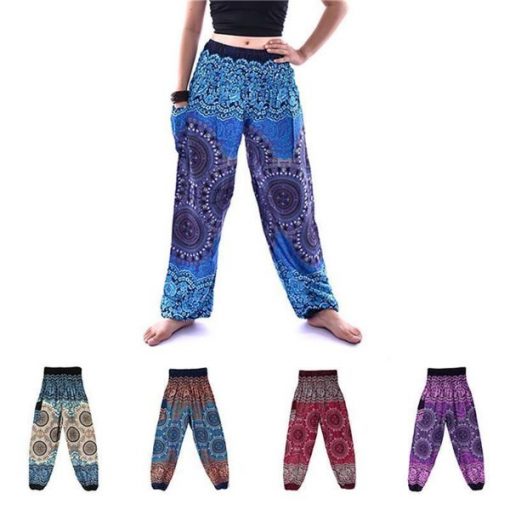 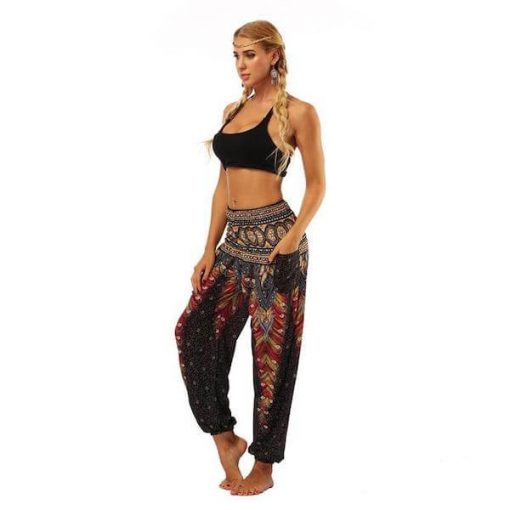 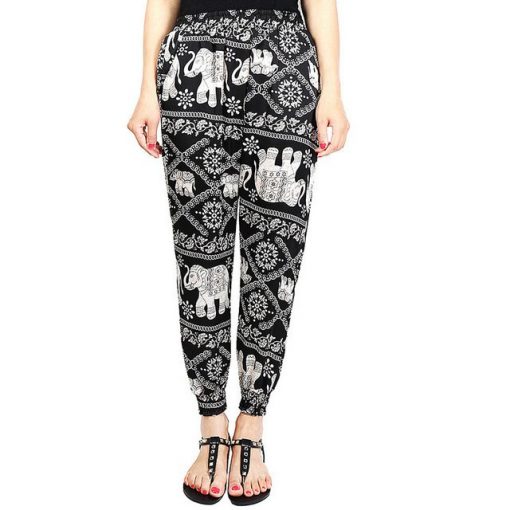 Harem pants became an essential component of Muslim women’s fashion and were worn by most upper-class women in Central and West Asia, the Indian Subcontinent, and later in Ottoman Turkey. They reflected a woman’s taste in textiles and ornament, social status, region, era, class, tastes, and preferences.

The term “harem” was used to denote the part of a household reserved for women or guarded by eunuchs where female guests could be received away from prying male eyes.

Harem pants are not supported by other evidence found through archaeological research nor mentioned in historical documents that denote they were an essential article of clothing worn by Muslim women.

Harem pants were not mentioned in the literature. There are no historical records or evidence that they were an important article of clothing worn by Muslim women during the Byzantine, Abbasid, and Ottoman.

This absence makes it difficult to accept that harem pants (harem trousers) played such a significant role in Muslim women’s style as is often portrayed in books and media articles about Islamic dress today. 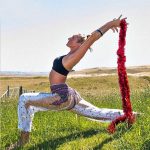 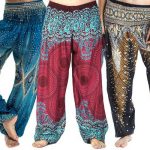 Where to buy hammer pants? 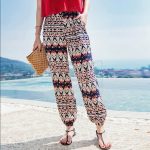 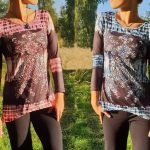 What Top to Wear With Yoga Pants and Leggings?