Mala beads have been associated with many cultures since time and memorial. Tracing its origins to as far as 100 AD, they were habitually, and still are, used in prayer, meditative and mantric practices.

How To Wear Mala Beads

As a bracelet, you can wrap your mala beads around your wrist 4 or 5 times, In most cases, the right wrist is the best wrist to wear mala bracelets.

You can also put your mala mantra necklace around your neck as a Reiki healing accessory, you will enjoy the power of your mala as much as you want. 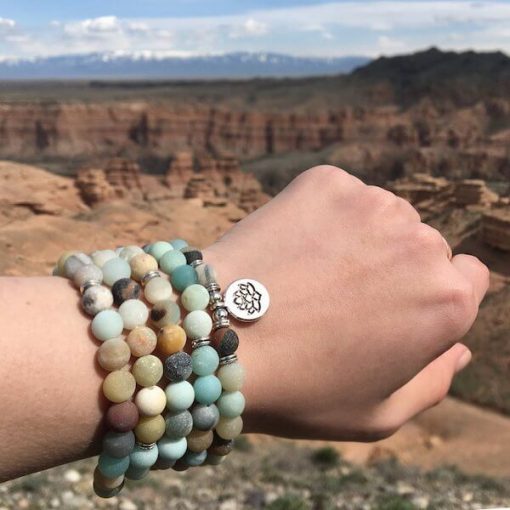 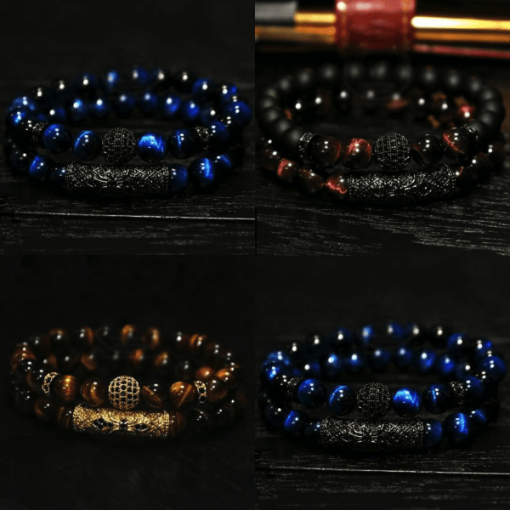 How to Use Mala Beads For Meditation Practice

Humans are not perfect organisms. Most of the time, we are preoccupied with our own problems not knowing that the external environment is a major contributor to our moods.

Japa Meditation is key in such scenarios as our focus is shifted to the present: our mind is conditioned to focus on what is affecting us there and then instead of holding on to the past or future.

The negative thought patterns that are associated with a troubled mind are done away with when Mala beads and consistent meditation come into play.

They have come a long way and mala beads’ benefits through meditation have been felt across the world by its faithful practitioners Both the mental and spiritual benefits are indifferent.

If the practice is done as per your mentor or your own objectives devoting yourself only requires you to be comfortable at all times and ensure there are no distractions for at least 10 minutes, depending on how long you can meditate.

This coupled with having a specific spiritual goal in mind, the growth you will experience from the whole activity is an out-of-the-world experience in the long run.

The Significance of Mala Beads in Yoga

The effective breathing exercises associated with Pranayama meditation promote healthy living as practitioners become aware of the state of their bodies. It is also believed that through the use of the malas beads in meditation.

The 108 body points in our body represented by the 108 beads in the mala are each healed in their own unique way hence the general improvement of our health.

This refers to the continuous repetition of a mantra as one moves along the beads, the guru bead being the starting and the finishing points. Relying on the power of repetition, malas prayers are required to repeat mantras so as to get their minds into a meditative state.

Japa meditation is also used to train the mind into incorporating the Power of Repetition into our daily tasks. This results in self-discipline, focus, and balance with regard to the mind and body.

What Is The Guru Bead On A Mala Beads?

The mala beads can also be used as decorative art both as bodily accessories and interior decor. The “Male” beads also now as “garland” in Sanskrit consist of 108 beads with one larger bead or “guru bead”.

The guru bead symbolizes stability, self-reliance, and self-awareness. The mala beads also act as a guide or marker during meditation and mantra repetition for those who use the Male when their eyes are closed.

These spiritual mala beads can also be used during “Pranayama” or breathing meditation With the beads in hand, beads’ nodes are used as markers where inhalation and exhalation are to occur on the same bead.

Pranayama is mostly practiced to ensure its students are able to control their anxiety, be it in the office or school, etc. This type of meditation improves one’s health as breathing exercises help in relaxation and focus.

Mind, Body, and Spiritual Growth Just like the rosary, Malas bracelets are used by various religions as a tool and guide towards spiritual nourishment.

Hinduism and Buddhism are, some of the religions where the beads are widely used with yoga practitioners also joining the group of faithful.

Constant exposure to sessions of self-awareness trains our mind and body to appreciate the present while letting little or no stress cloud the current state the mind is in.

There is also increased focus since our monkey mind is tamed hence increased creativity and high memory retention among its practitioners.

Advancements in technology have paved the way for Mala to come in the form of gemstones, crystals, gold, and silver as compared to the traditional beads that consisted of organic seeds and bones.

Depending on the material used to make mala, the beads have been known to have healing attributes to the wearer.